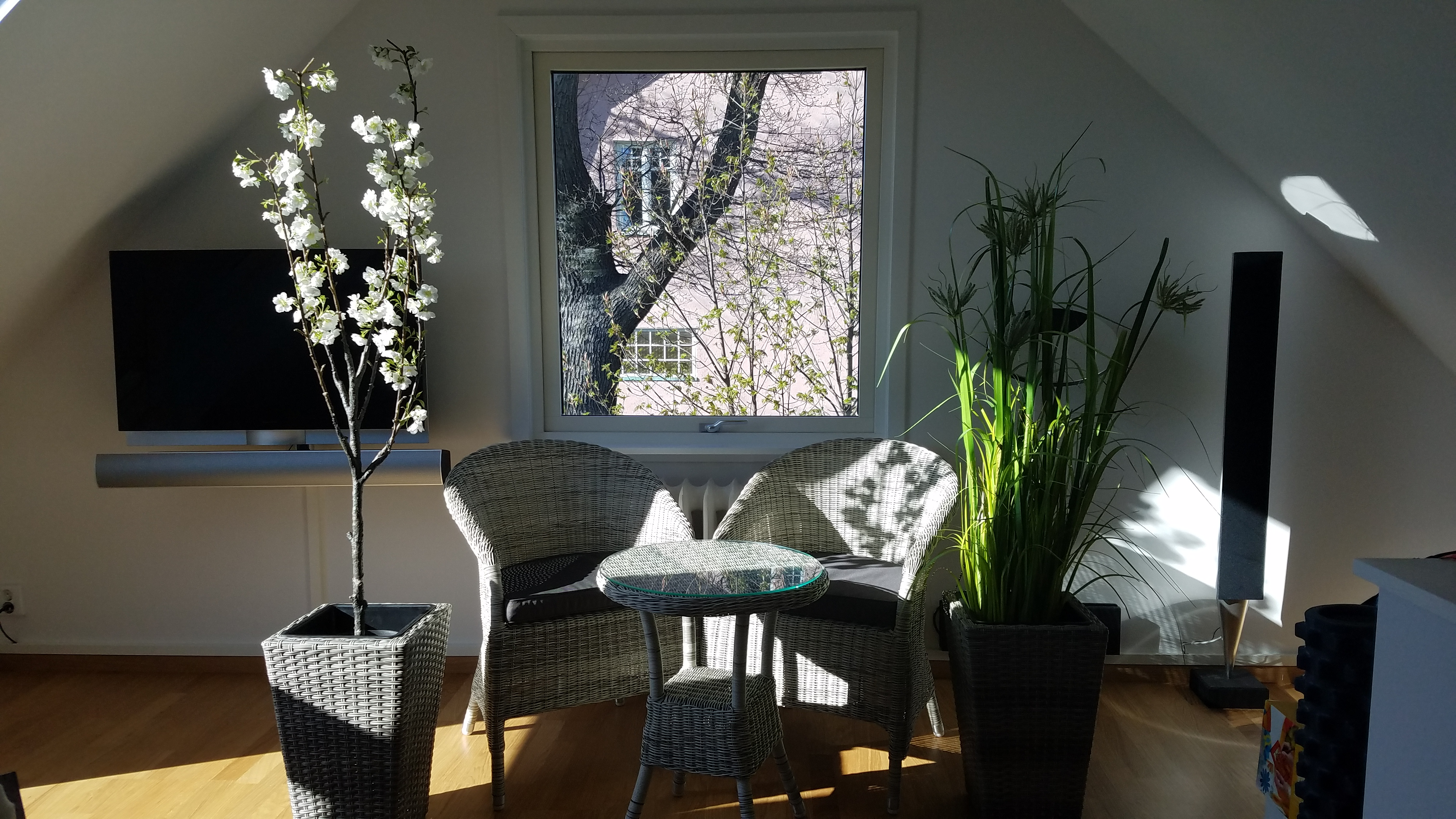 What do you think?

How do you understand the waivers you sign when entering a competition or exhibition? How do you ensure your work of art will survive transport and hanging in a show?

I was recently happily juried into the Hawaii Watercolor Society Open Juried Show with respected  juror Don Andrews. The Heart of the Matter and Anchor was selected to be in the show of 58 works with 30 plus artists.  Anchor debuted at my solo show at the beginning of this year at Gallery on the Pali in my show Bezalel’s Calling.

I was one of the volunteers who showed up to help with intake and hanging of the show. It went smoothly and everyone was cheerfully engaged and helpful. Some of us had never hung together, and some of us had never hung at this locale before. There was measuring, eyeballing for placement, others driving nails, others drilling screws and others hanging up the paintings.

The venue has a variety of walls, some are plywood and some have acoustic tile over think sheetrock fixed to cement block. It is a moist tropical environment and we were also facing hurricane watch and flash flood warnings.  I was told the AC was not working but they open two sets of double doors during the opening hours.

The day before the opening, I received a call. My painting had fallen and it looked like the frame was damaged, it was uncertain if any damage had occurred to my painting. My heart seized in fear and sorrow all at once. I knew it must be Anchor, because it was so large, the other piece, was only a 9x12in in a 11x14in frame and Anchor is a full sheet painting, 22x28inches with matt, frame and glass.

I rushed over and saw her on the floor. The glass, thank Goodness, was intact. The hardware was intact, but a single nail lay on the floor, about 2 feet away from the wall. A hole in the acoustic tile marked where the nail had given way. That’s right. One nail.

The park manager Olive told me that this had happened before to another group where 2 paintings had fallen off the wall. In her opinion, it was due to the humidity and weight of the pieces and she thought all large pieces should hang with 4 -6 nails.

I spent another 3 hours on a Friday afternoon going to 2 different stores to find replacement parts and my framer cancelled her dinner plans to reframe it overnight. I picked it up the next day and rehung it with 2 large J-hooks, an hour before the opening reception. I also rehung large pieces also hanging on 1 nail until I ran out of the J-hooks I had with me. I informed the HWS board about what I had done and my concern about the rest of the pieces only hanging on nails at risk of falling.

I got on the phone to my framer and left a message trying not to sound panicked. I drove it home to see if I had any supplies on hand to do a reframing myself. I did not. By then, I got into contact with my framer and I drove Anchor over to her, feeling like I was going to the vet’s emergency care for my injured little friend.

We laid it out on the table to examine it. It felt like a surreal scene out of CSI: Smithsonian Edition.We removed the hardware, the paper backing. The backing was of heavy paper and vacuum sealed with adhesive, it was intact.   All seemed intact except for crushed corner edges where the frame had given in like a car fender bender.

As we lifted the next layer of acid free gator board, we could see the painting was intact. A HUGE sigh of relief from both of us. But the linen T hinges were all nearly 45 degrees in parallel, creased ripples although not torn. As she lifted the painting up out of the glass, we saw the glass was intact but the L-metal staples holding the joints of the frame had given way on the 2 lower corners. My framer explained to me that the traditional joins to a frame used to be nails but L staples are cheaper and commonly used nowadays. They don’t go through the whole frame and don’t hold as well, such as if my painting fell. She said that, combined with foam or composite material can make frames quite fragile, instead of protecting the artwork, but since I had chosen a solid wood, only the joints gave way. We set the frame aside and turned the painting over.

Anchor was intact. Again, did I say Thank God! But the upper corner of the mat was creased like a menu. We removed the painting and it was in the exact same angle as the T-hinge creases. The impact of the fall had been so strong, it must have bowed my painting, but it had snapped back again without breaking the glass or frame, or tearing my painting.

I paint on 300# cold press paper. I believe 100% that if I hadn’t had professional framing together with my thick paper, my painting would have torn or the frame would have buckled and the glass cracked and either bent or slashed my painting.  The framing because it distributed the force evenly allowed it to bend enough to fold a crease into matt board but not enough to snap the frame or glass. Framing and my paper choice save my painting.

The reception on Saturday was lovely and everyone had a good, if slightly sweaty time, because it was quite crowded and warm in there plus my stress and relief in getting the piece back up.

Sunday, after the opening, I wrote to ask the board for compensation for the second framing and to document Lessons Learned and Best Practices for hanging there in the future. The board voted to deny my request because I had signed a waiver. I expressed my feeling that this happened because it had not been hung professionally and had I seen with my own eyes that my painting was hanging on one nail, I wouldn’t have left the building without adding more support.  However, it seems, one more nail wouldn’t have made a difference, according to Olive, but we will never know.

I went back on Monday with a trusted fellow artist to look at the wall. He was uncertain of any way to secure it without damaging the wall and said the best bet was to hope my framer’s advice of 2 J-hooks would be good enough even with the extreme humidity and unusual wall surface material.

On Tuesday, I felt very uneasy driving home from town over the Pali, it was covered in mist. I couldn’t see Ho’omaluhia below. I imagined the whole gallery filled with the same mist and the walls getting weaker. So I sent an email request to remove Anchor from the show because I didn’t feel it could stand up to the elements safely and knowing that if the board was not going to compensate me for an accident, if it fell again, it would be negligence on my part to let it hang up there.

Another board vote gave me permission to remove the painting and I got a call on Wednesday morning to come retrieve my painting. The wall would be rehung without my piece. I arrived during my lunch break, driving back from town to Kane’ohe and found our HWS president there on the phone, and another painting on the floor, this time with the glass was broken, but thank goodness, the painting appeared to be intact. That painting had been hung with 2 nails.

I will be doing my utmost to share our common experiences among  the various arts organisations. I found out after Anchor was safely home again Thursday  that one of the paintings that had fallen in the previous show, was of my friend, who also thankfully did not have her painting damaged. Their board had also had a discussion and came up with some best practices for their shows at Ho’omaluhia for example: No large, heavy or watercolor framed in glass pieces to hang on walls with acoustic tile. They hang them on the plywood walls only. It affects their show design, but this is how they were to do it now. We vowed to share the lessons learned from Ho’omaluhia and other places, which require some special consideration, such as Pauahi, so it can be shared with our arts community. It turns out the show after HWS came in, with a new set of Show Chairs and volunteers and they also hung paintings with nails…not following the instructions written about avoiding hanging up large pieces with a nail in the acoustic tile. 2 paintings fell in that show.

I feel strongly that this should never happen to another artist again.

Someone suggested to me that it was my responsibility that my painting fell because I should have inspected and then secured the hanging of my piece. She may be right, but I don’t want her to be right, because this means that I can only hang when I can come to the hanging of a show and either hang it myself or direct and inspect the work of my fellow artist volunteers. I don’t think this is reasonable or respectful to the volunteers if I must suspect that they don’t know what they are doing. I also think this is not sustainable if we want outer island, mainland or international artists to participate in future shows. It costs money and takes planning to package a painting and ship it to an exhibition and expect it to come safely back. How are these artists supposed to feel safe with their work if the attitude is that ‘things happen’ and ‘nobody did it on purpose’?

I write this super long piece because I wanted to explain my thoughts and feelings about this incident.  I do not blame my fellow artists or the arts organisations leadership at all. We didn’t know any better.  But, we need to learn from this, share best practices, and move on…don’t we? 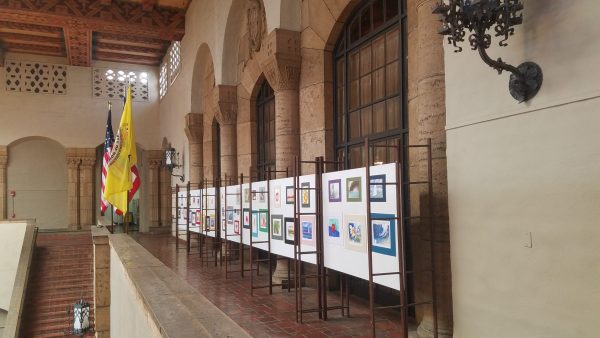 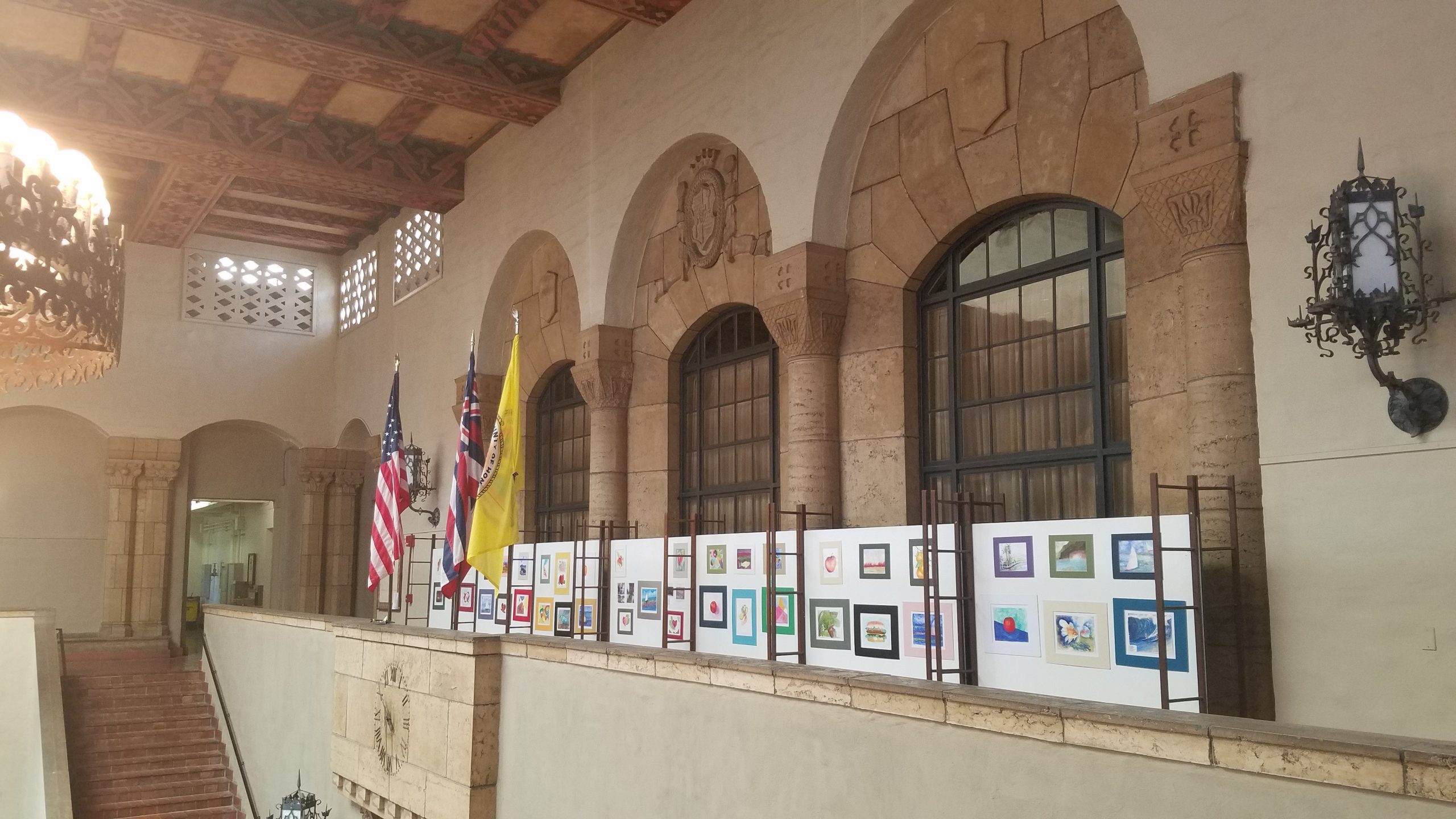 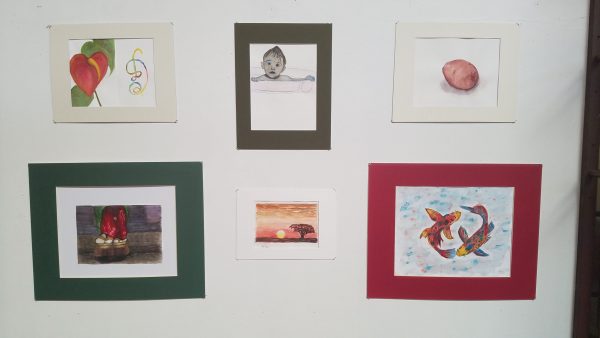 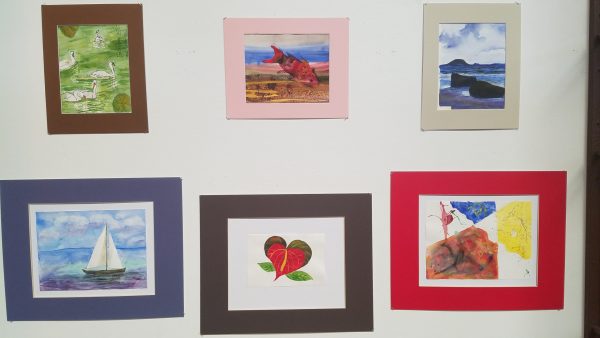 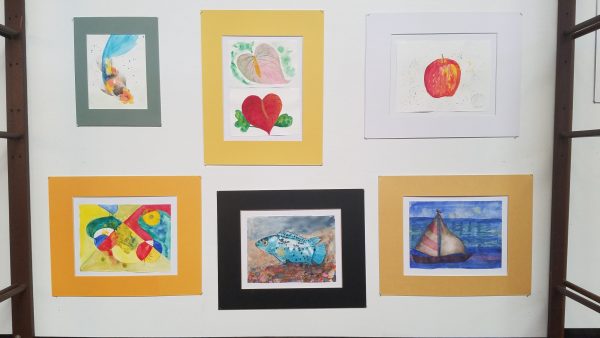 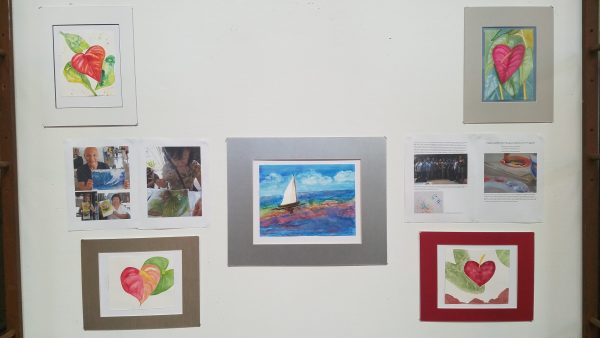 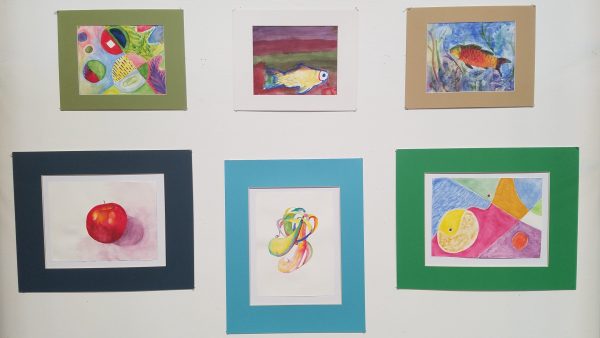 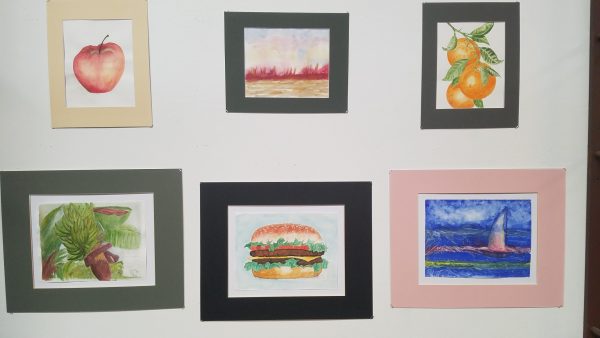 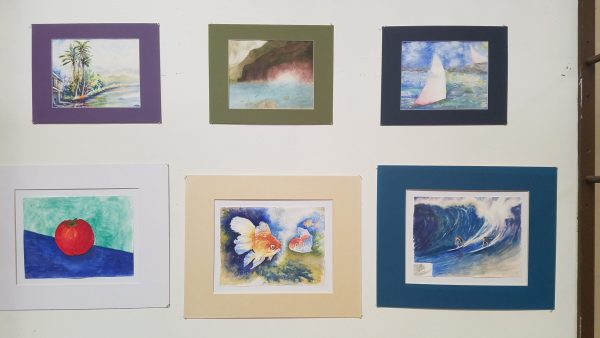 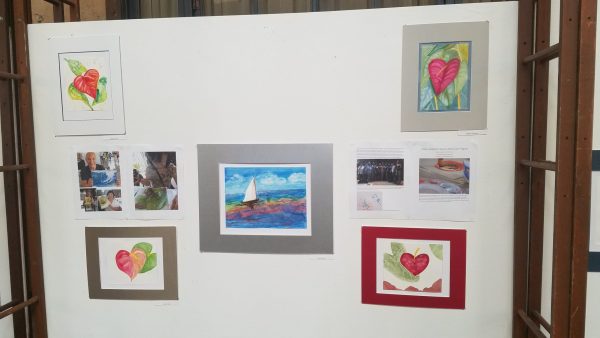 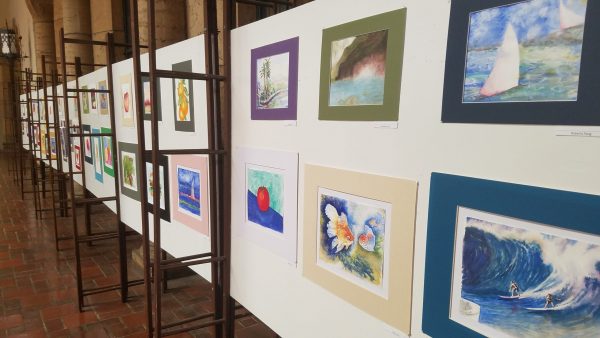