The annual juried Hawaii Watercolor Society Member’s show opened March 29th and is open through April 30th but you can still view and now, even purchase show entries from their website. But what I wanted to talk about this month was the namesake of the award I received at this show, The Charles E Higa award.

I was so honored to receive this, because Charlie and his memory means alot to me. I don’t know how many HWS members ever met him or knew him, but a longtime generous supporter of HWS is his partner Peter Drewliner. I am standing in front of some of Charlie’s work they featured in the show, so it was an extra thrill to be in a show with Charlie and receive an award. This year’s show had our watercolors, of course but also ceramic work because Charlie worked in both.

I posted about this on my instagram account too but I don’t tire of telling this story because it illustrates the power of encouragement to young artists and a generous man’s heart and spirit. I knew Charlie as a teacher friend of my teacher and mentor Dorinda Lum. He was always enthusiastic and kind to us kids. I’ve heard the same from his former students over the years. Charlie had been on the selection panel where I won several awards as a Castle High School senior for the national competition for the Scholastic Art and Writing. I was excited about accepting my award from Lt Governor Jean King, who I admired. We were standing near one of my ceramic pieces that had won a Gold Key. When Charlie saw us, he came over to say hi and asked me if I had any work in the show and won any awards. Dorinda said, “Of course! this is Dawn, I told you about her”. His big dark eyes widened behind his thick dark framed glasses: “Wow! You did this? I thought you were a boy!” Dorinda laughed and said, “Oh Charlie, I told you about Dawn, she is fantastic!” Charlie had a serious look but then his eyes softened and he said, “Oh, I didn’t mean that, of course you are Dawn, you did great, congratulations!” Dorinda laughed again and said, “Hey Charlie, don’t be a male chauvinist!” Charlie studied my sculpture, “I apologize, you’re right, but,” fixing his eyes on me again, as Dorinda started moving me to the stage where I was going to accept my awards, “It is just so phallic with powerful symbology in a really original way, it doesnʻt match how I imagined you would look. Donʻt let anybody tell you what kind of art to make, you are going to do fine.” He seemed genuinely happy with my work, so I say “Thank You!”, turn to my teacher and ask: “What does phallic mean?” She answers just as I start up the steps onto the stage, “Oh Charlie is messing with you, he likes your work, he told me so, ʻphallicʻ just means p*n#s.” I felt my face freeze in a smile as I walked up to receive my award from Lt Governor Jean King, Hawaiʻiʻs first female Lt. Governor.

Over the years, whenever I got discouraged or doubtful, thinking maybe I don’t have anything to say, or any feelings that might connect to other humans out there, I have thought about Charlie. He was fully present, generous, smart, funny, and as I found out later, super talented. He could look sad too, around the eyes, but when he talked to us, he was always positive and encouraging.

I’ve heard stories about him from those who knew him well, called him friend, such as Kenny Kicklighter or his partner, Peter. I like hearing stories of his passion for his work, his frustrations as well as his joys because it paints a more rounded picture of him as a person which I can draw from as an adult myself now.

The painting I did that won the award is a monumental watercolor, it is 29x42inches on Arches paper started, as usual on site before this toe of the Ko’olau mountains. The peak of Pu’u Keahi ‘o Kahoe is just hidden to the right, at the old Omega satelite and end/beginning of the Stairway to Heaven stairs. This painting shows this particular section that has always been inspirational and comforting to me growing up in Kāneʻohe. I needed to draw strength to complete my new series Kānehūnāmoku coming out later this year and a fresh start to 2022.

The piece required me to stand, crouch, turn, and tilt the paper, with many layers (paint and wait technique?) to complete it. But I got to look really deep and long up into that mountain for a couple of weeks while working on it. It is typical of my work, but it is also deeply personal. When considering the finish, I decided upon a yellow glow of cloud and light hitting the top, passing through and past the peak. I felt like this about this stage of the COVD pandemic in February. We have survived, we are still here, and the weather will keep on changing, but the mountain stands firm. It was the encouragement I needed to get painting again on the pictures that want to get out into the world.

To order call me at 726-9698
Call me email me your order and I will call you back to schedule delivery. You can pay me upon delilvery with cash, check or credit card. 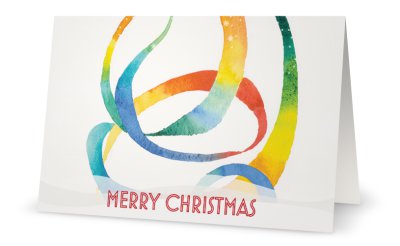 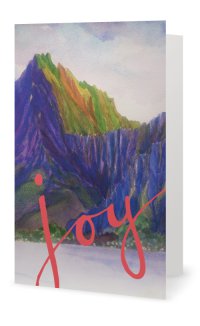 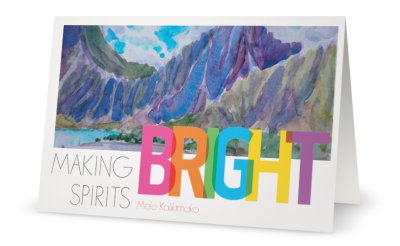 Paepae_SeasonsBright
Paepae_SeasonsBright 5x7in
Christmas Cards
Send a holiday greeting with a flavor from Hawai'i. These cards are larger than the notecards. 5x7in so you can insert your holiday letter or write a longer personalized greeting. 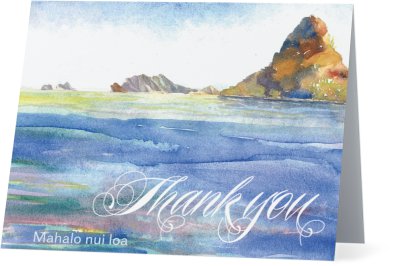 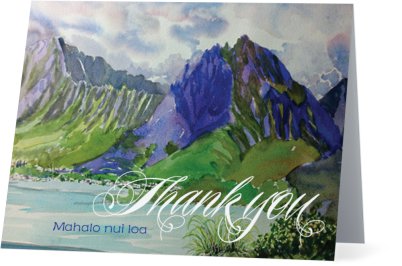 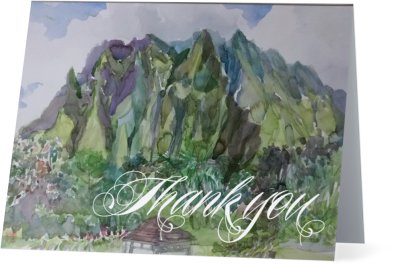 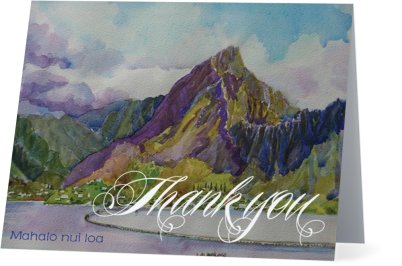 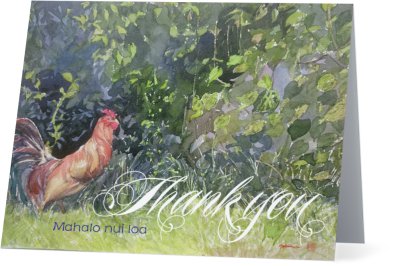 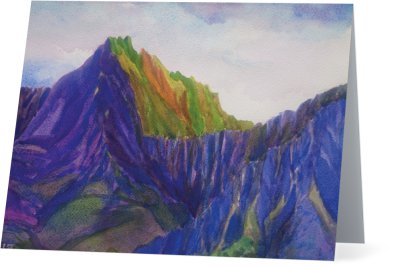 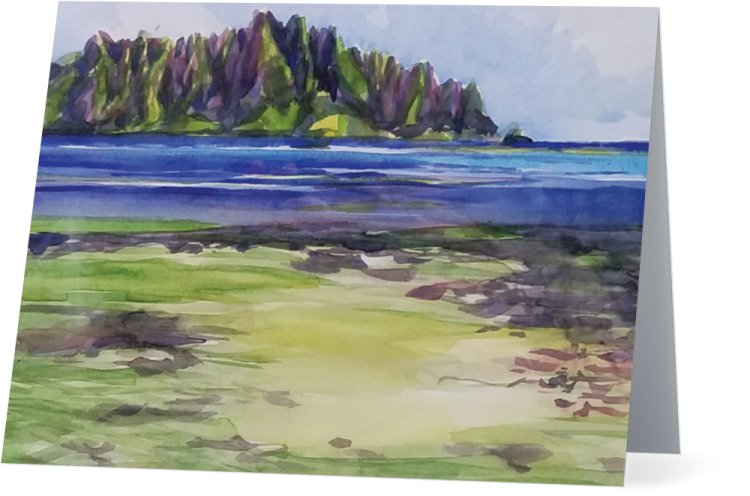 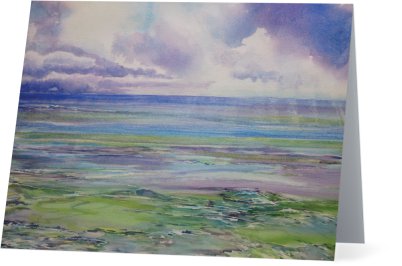 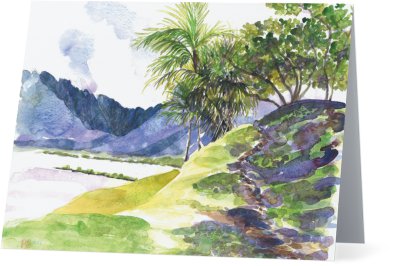 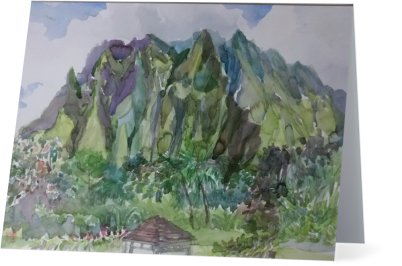